Black Velvet, Full Moon and Eclipse are just some of the names of signature cupcakes found at Midnite Confection’s Cupcakery in Baltimore, Maryland. Starting today, residents and visitors can stop by a new #starbucks in the Eager Park neighborhood to get a taste of what this popular East Coast shop has to offer.

The new Starbucks location at 1812 Ashland Avenue is one of five stores across the country that features a job training center for young people. Midnite Confection’s Cupcakery, owned and operated by Sandra McNeil and her son, Aaron, was selected as the key supplier for this special #starbucks store as part of the company’s overall commitment to work with women- and minority-owned businesses in urban areas.

As a child, McNeil marveled at her grandmother who would cook a full spread of savory and sweet food at every family gathering. A talent for cooking runs in the family: Both her mother and father are also gifted culinary experts.

“From homemade rolls to pot roast, green beans and delicious desserts like Baked Alaska and peach cobbler, I was surrounded by great cooking growing up,” McNeil said. “When I was little, my father would let me help, but only by stirring. As I got older, I started making our family dishes and baking on my own.”

McNeil graduated from Bowie State University with a bachelor’s degree in marketing and began working for a local grocery store chain. When she got married a year later, she decided that a retail schedule wasn’t ideal. Her aptitude for technology led her to a telecommunications company, where she stayed for more than 20 years. During this time, she also earned a master’s degree. And always, she continued to cook.

“I found that cooking was relaxing,” she said. “I cooked for my family all of the time and even started catering on the side.”

McNeil reached a point in her career when she wanted a change. She looked back at her master’s thesis on opening a bakery and drew inspiration from her son.

“Aaron picked up my love of cooking and baking,” she said. “As a college student, he would sleep all day and stay up all night. I would wake up at odd hours to the smell of him baking French bread, cinnamon rolls and cakes. This ultimately became the reason for naming our business Midnite Confection’s.”

With the encouragement of family and friends, the two decided to go into business together in 2010. They focused on creating a few sweet treats, most notably cupcakes, which have a signature late-night theme. For example, their Midnite cupcake is a twist on the more traditional black bottom cake.

“As a business model, we wanted to do more wholesale distribution rather than open multiple shops or franchising,” she said. “It’s exciting to be associated with a great brand like #starbucks. It will help us so much. We feel that other businesses will say, ‘if you’ve been vetted by #starbucks, then come on board.’”

McNeil is excited for the benefits that the new #starbucks and job training center will bring to her business as well as to the local community.

“Taking people in to train them for jobs, customer service skills and how to operate a business will be great for Baltimore and give Midnite Confection’s the chance to hire more people and grow our business as well,” she said.

More information on the press release

A message from Starbucks ceo Kevin Johnson: Our 2019 impact

Starbucks to Transform U.S. Store Portfolio by Building on the Strength of Digital Customer Relationship 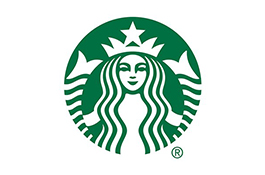 Starbucks gives 1 million cups of free coffee to first-responders in U.S. and Canada